Around this time last year, I blogged about prom. Yes, the one I didn’t go to. But this year, I am going because I finally can! Haha. I think the one thing most of you ask me to blog about is prom (and my daily routine (?) but I won’t be doing that because none of my days are the same, I don’t do the same thing everyday.. please, I’m not that boring!) so here it is! I’ll share everything from picking the dress to the night itself, so don’t worry. You’ll get all the details.

When it comes to prom, one of the first things that come to mind (the very first thing that comes to every dad with a daughter’s mind) would be the date. Who will your date be? The number of couples going to prom this year I tell you, pecah record from previous years. Fuhhh, so many. Love will definitely be in the air. I think. Or it’ll just be super awkward because so many who got asked hardly spoke to each other before. But I honestly think they’ll be more lovey dovey than awkward with each other, I hope. Like going on a blind date, but not so blind. What am I saying…. Anyway, about prom dates, I’ve realised that naturally I would go with Haiqal. So technically I’ve had a date since four years ago.

Since everyone is asking each other, even if they were a couple or not, I thought whether I naturally had to go with him or not, there should still be a sweet proposal! And because I’m the sweeter one (not because I’m the jobless one ok?!), I officially asked him to  be my date! 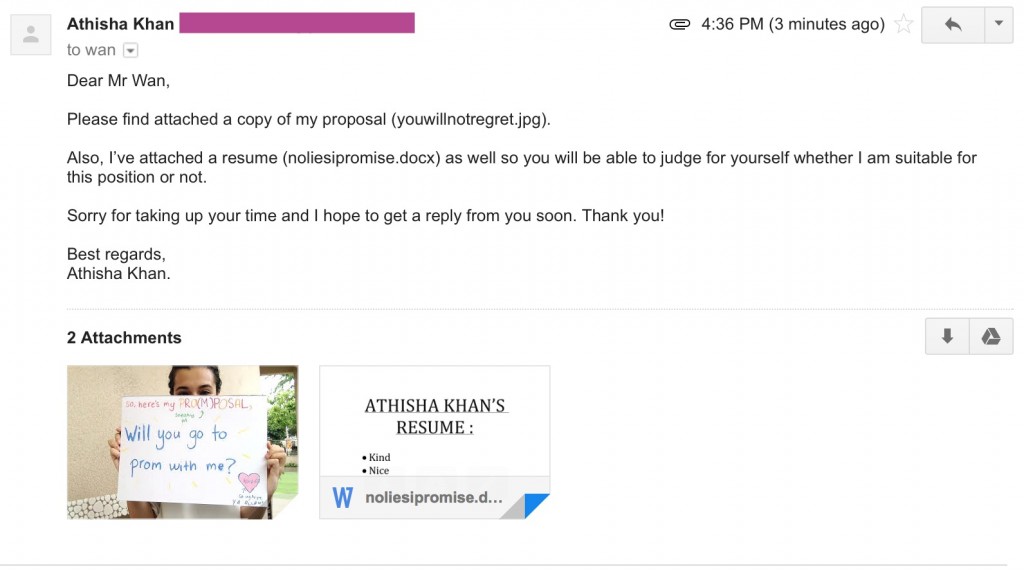 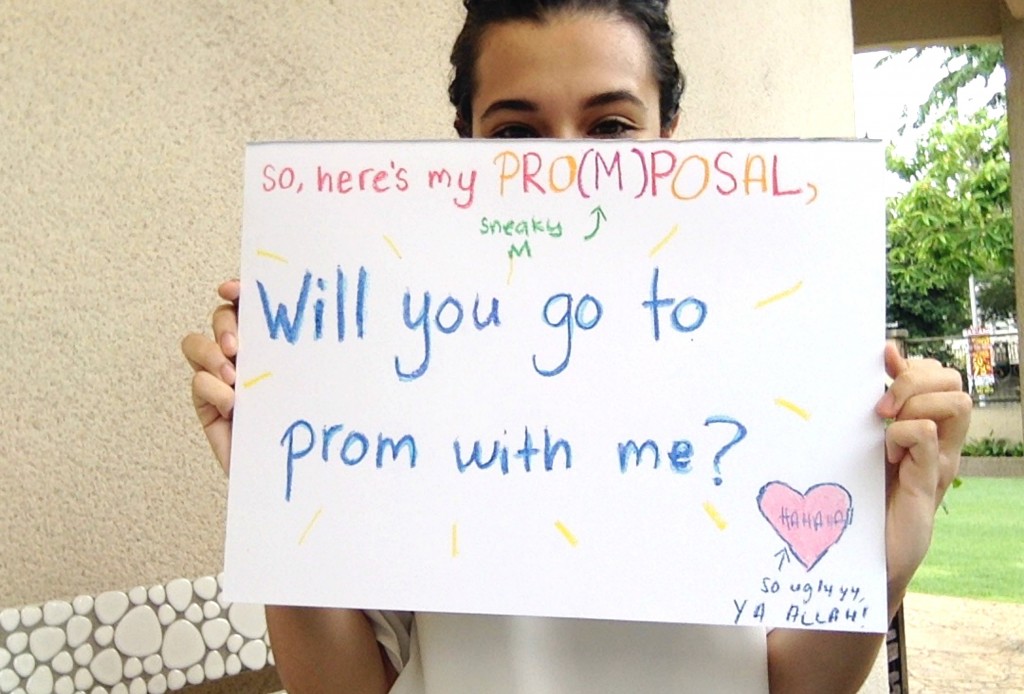 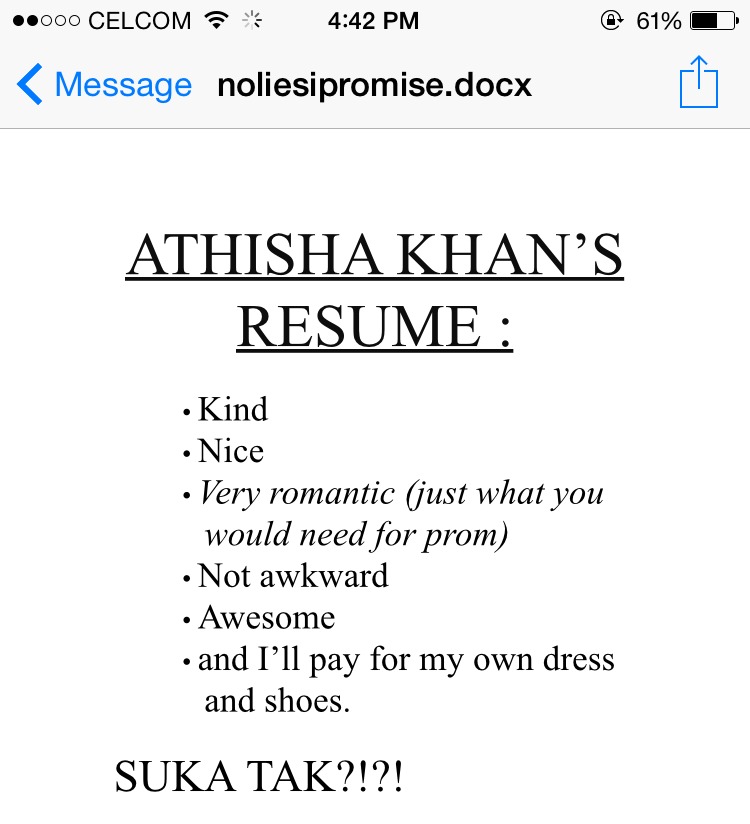 So far, no replies. He posted this though. 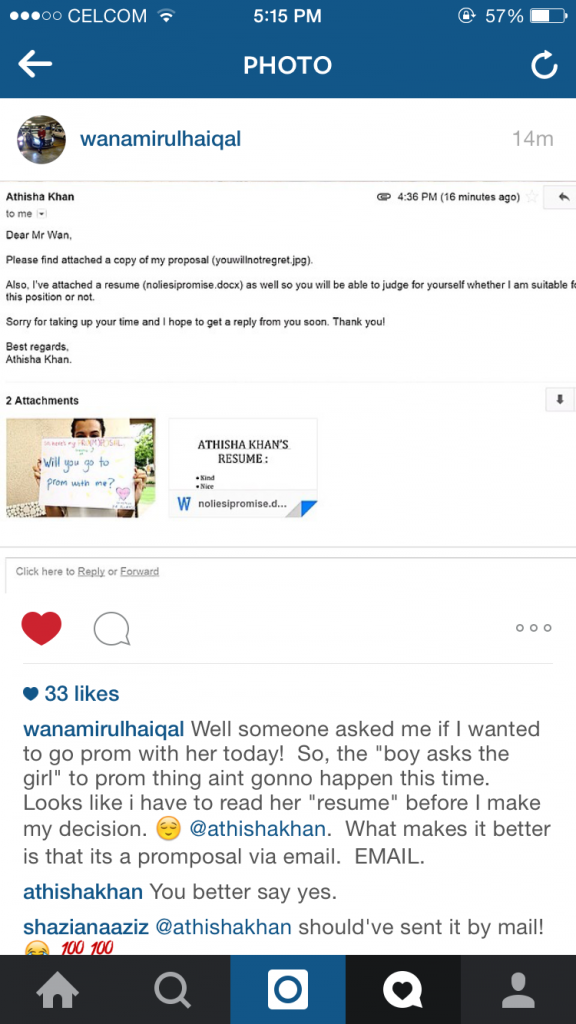 HE REPLIED! I swear I’m more excited now than when I receive emails from colleges. -__-

I must say, his reply was much nicer compared to Sonny Bill William’s.

Obviously he would say yes! My resume was flawless.

So everyone, this is my prom date. 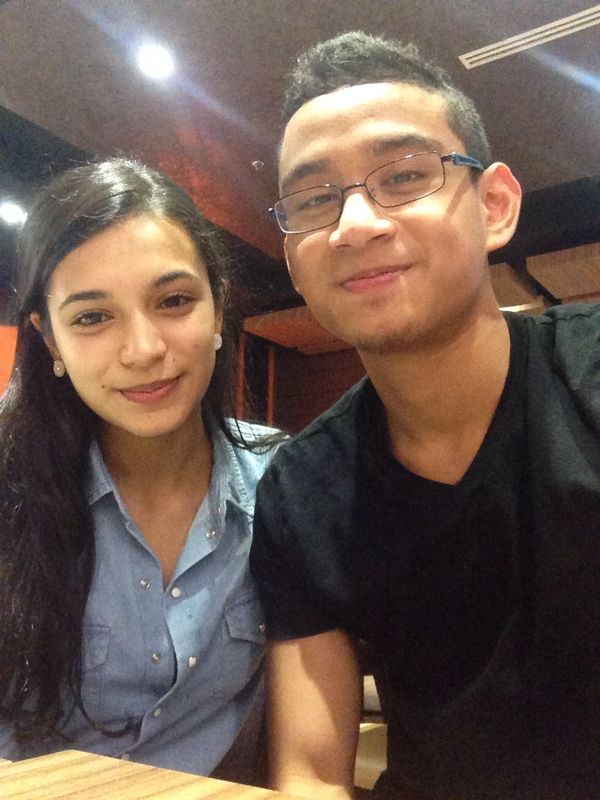